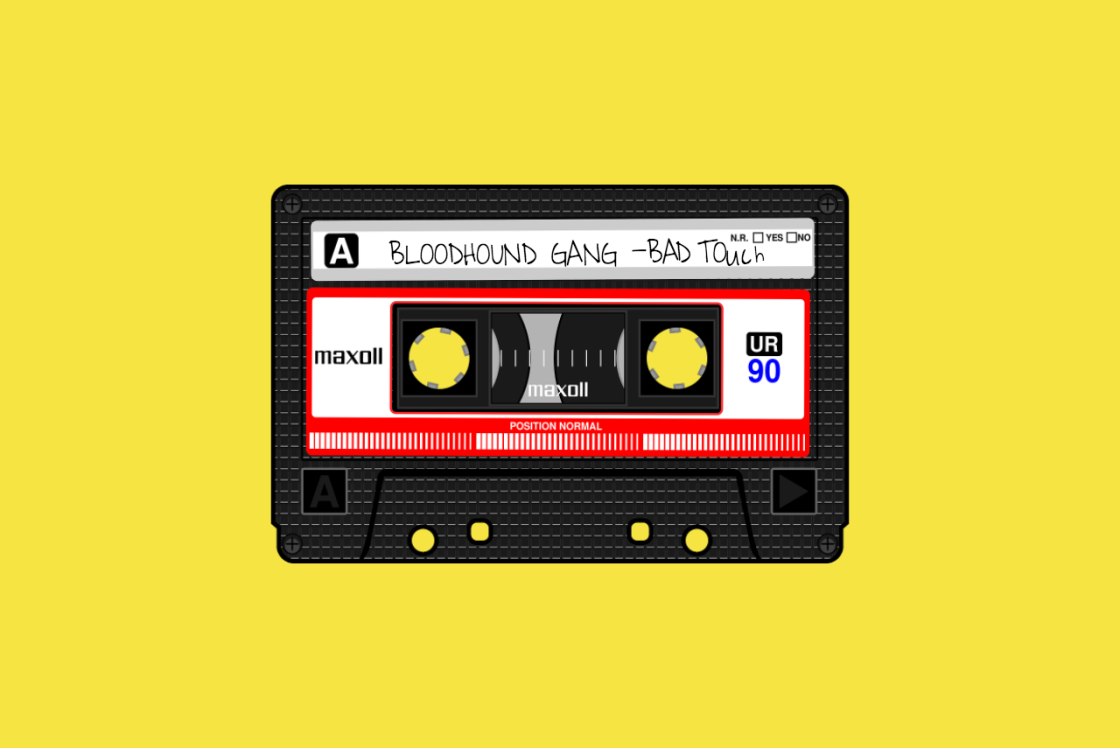 OK, so what is so special about sweat then? Right, yeah well, you’re right, it was the basis of ‘The Bad Touch‘ by Bloodhound Gang, who happen to be in some of my most formative memories growing up. Namely my first trip away from home with school. Other schools went to France and Spain, we went to a place which I later found out was literally less than an hour away, but the bus driver took plenty of detours to give us the impression of exoticity*.

I loved the trip at the time but knowing it wasn’t so far away cheapens it in hindsight, which is surely further proof that comparative knowledge is not always a good thing. Especially when you compare it to absolute knowledge. Damn it!

So we were staying in this manor house and it became clear quite quickly that the teachers didn’t really know why we were there. After we had been given more than ample time to unpack, I over heard the sports teacher say to a reception teacher ‘well, we can just find a field and have a kick around then’. Which we did. We played the internationally recognised game of ‘Teacher Kicks The Football Out Of His Hands As High And Hard As Possible, And The Kids Go ‘OOOOHH’ And Then Chase After It Like A Dog.’ Or sometimes referred to as TKTFOOHHAHAHAPOATKGOATCATLAD for short.

The finale of the trip was to go to Richmond Castle, and just to be clear, we didn’t actually go into the castle. We just went up to it and had a look, because entry wasn’t free. From the side of the castle though our teacher was able point out the field in which we played TKTFOOHHAHAHAPOATKGOATCATLAD the day before. So that was good.

Bad Touch by Bloodhound Gang was the theme tune to that trip for sure, but on the long bus journey home I sold the tape to my friend for £2. If Warren Buffet was there – which would be weird – he would have been proud. I sold at peak Bloodhound Gang, and the proof is in the pudding because since my sale, we haven’t heard or seen them again. Buy low, sell high kids.

Other reasons sweat is so special is because it keeps me alive, and more importantly cool. Although sweating all day and lifting your arm above your head to hold a strap hanger* on the metro is not cool – something I found out today. It was just too humid, the Sun has gone but the heat remains. Something I couldn’t explain to a 5-year-old.

Apparently the body is 60% water, I think we can safely say I got that down to about 37% today. I sincerely hope there are no crimes in Vienna today or tonight because my DNA is all over this city. I was everywhere, first of all I had to get a criminal record check*, and the irony of being framed for a crime whilst getting a letter to confirm I’m not a criminal would not have been lost on me I can tell you. Other things I had to do were: meet my landlord, go to the shops, varnishing a floor and, well that was about it actually. A lot of public transport though.

Rehydration is tricky though because dehydration and over hydration, which are both as deadly as each other, have exactly the same symptoms*. I survived through the watery minefield and I shall bask in the cooler temperatures that are forecast for tomorrow. Might even get out for a quick game of TKTFOOHHAHAHAPOATKGOATCATLAD.

*Didn’t actually know what those loopy straps hanging down on metros were called – Strap Hangers apparently.