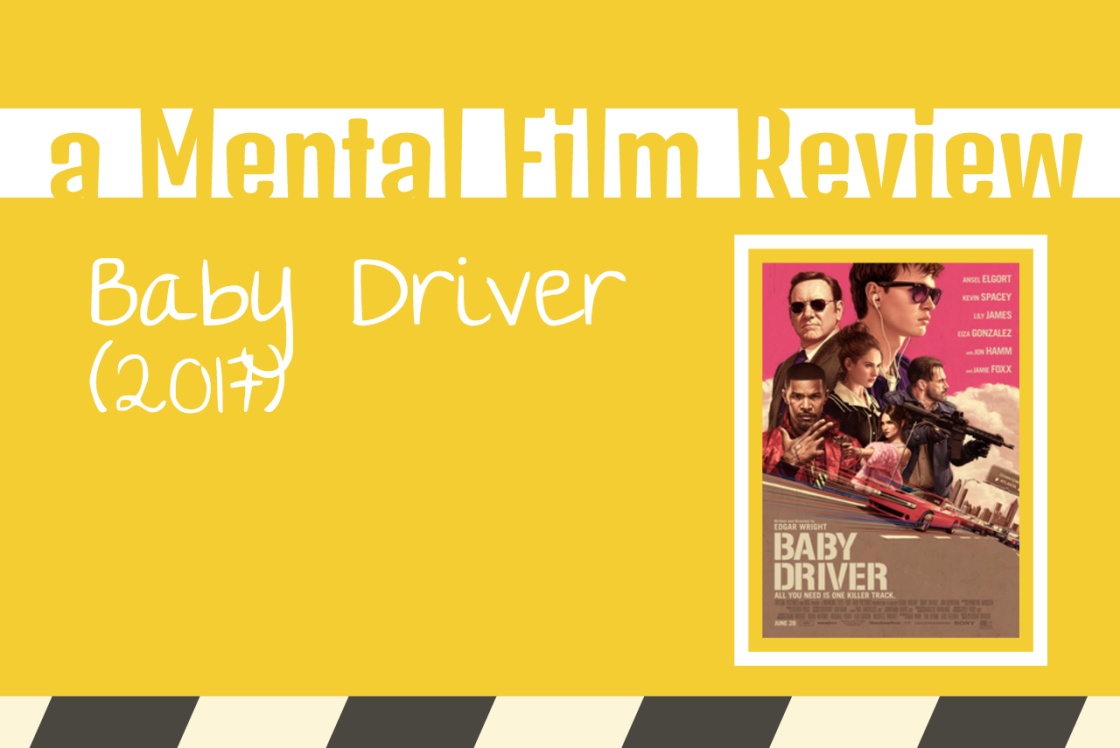 It has a stellar cast (and the rapist Kevin Spacey). The story focuses, as you would expect, on the lead character ‘Baby’, played by Ansel Elgort. He is a driver would you believe, and a very good one at that. He is baby-faced and doesn’t quite fit into the mob world, but he helps them get away from many crimes never the less. His quirk here is that he has Tinnitus, which is essentially a constant ringing noise in the ear. An affliction that is, in fact, treatable and only requires a small surgical procedure to correct. Baby didn’t use his large sums of mob income to pay for this procedure though, he just invested heavily in iPods and music to drown out the ringing sound.

This means we find Baby always wearing earphones and listening to music, which seems to annoy criminals a lot, for a reason I can’t quite fathom. Somone once said* that if you notice the soundtrack in a movie it is because you’re not immersed in the movie, and that was certainly the case for me. We hear the music that Baby is supposedly playing… all the time. This isn’t annoying because the songs are in anyway bad but I always felt it brought me out of the movie, and I never had space or time to connect with the characters, I felt suffocated even.

To marry Baby’s personality and his music choice the film is presented in what I can only describe as La La Land-esque choreography and style, with a bit of singing and a bit of dancing here, which just reminded me how much better La La Land was.

As for the story, well, it is not anything original, to the point where I wasn’t sure if this was a parody of similar movies and just aiming to invert the genre. Turns out no. Baby is caught up in this world he doesn’t fit and his personality is counter to the violent and volatile criminals surrounding him, he has already plotted his excited from this world, but conveniently to the plot, he has to do one last job for the big man (Kevin Spacey). In moments I did believe in Kevin ‘the rapist’ Spacey’s character, but I just could not get over the character called ‘Bats’, played by Jamie Foxx, it reminded me of Tom Cruise’s character from Tropic Thunder. At least in Tropic Thunder it was intended to be over the top and funny, ‘Bats’ didn’t work for me at all.

There are some saving graces in this film which bring it in as a decent watch though, and that is Debora, played by Lily James. She is the love interest and plays the role exquisitely in a way which is certainly not unoriginal. Baby’s offbeat and unusual personality marries perfectly with Debora’s more forward approach. Whenever they were together in a scene the whole film made more sense and a lot more engaging. Exactly, in the same way, way it did with his foster father played by CJ Jones. Joseph his foster father is deaf, making for fun interactions and a different dimension to the usual tropes found when he is with the mob.

Having since looked at other reviews and review scores I can definitely see I am an outlier. But I don’t think this is a bad film at all, it just lacked an original storyline, and the criminals were out and out caricatures, which is a shame because these elements fill most of the movie – along with the overbearing music. The fun and engaging bits for me were in the periphery, which were essentially all of his meaningful relationships.

I give it 9.43 out of Quavers, which roughly translates to 3 out of 5 stars. A not unenjoyable way to pass an hour or so.

Oh, and it’s an action film, with car chases, shooting and explosions, should probably have mentioned that somewhere.